Art2Dec SoftLab is a non-profit company for the Linux & SaaS, PaaS and DevOps consulting founded by Igor Lukyanov in July 2013. Linux and other Open Source software is our background and passion.
We offer types of solutions based on various existing platforms, and we also offer comprehensive solutions based on their components. Free software is the basis for implementing various solutions. Examples of the implementation of such decisions are AYNR relevant content platform, OSS Project Manager Office, AppServGrid Edu Platform, OSS Art2Dec SaaS Platform and framework.

Blog Slides Forum Live Demos
Advertising: We have implemented and are promoting the AYNR Internet channel information collection platform technology based on the means of collecting information, its indexing and visualization. How it works - you can look at demonstrations ( sample1, sample2, sample3, sample4, sample5 ) We are looking for investors who want to participate in supporting the development of technology and implementations for different customers.

To implement the diferent pipelines we use the following products.  Learn more...

To know how we build SaaS solutions to use at cloud or on-premise. Learn more...

We use different PaaS and their components based on AWS Services, GCP and Azure. Learn more...

All our solutions are based on open source products. Learn more...

The 9 Types of Software Platform. Almost every software entrepreneur nowadays builds some kind of a ‘platform’. Yet very few will confidently answer a seemingly simple, but very important question: What kind of platform do you use? All platforms are not created equal. Google Search, Facebook, Amazon Web Services, Amazon Marketplace, Android, Uber, AirBnB, Waze, WeWork, Twilio and even Bitcoin are all platforms. At the same time, these platforms are very different in how they create network effects, interactions they enable, approaches to solving “chicken and egg” problems (do you build the demand side first or the supply side?), openness levels, growth dynamics, subsidies, competitive strategies and monetisation methods. Building a successful platform is more about making the right trade-offs than it is about best technology. To understand these tradeoffs you must have a good grasp on what kind of platform you are building or use. Several iterations on the data produced nine distinct platform types:
a) Technology Platforms
b) Computing Platforms
c) Utility Platforms
d) Interaction Networks
e) Marketplaces
f) On-demand Service Platforms
g) Content Crowdsourcing Platforms
h) Data Harvesting Platforms
i) Content Distribution Platforms

Most full collection at Internet: 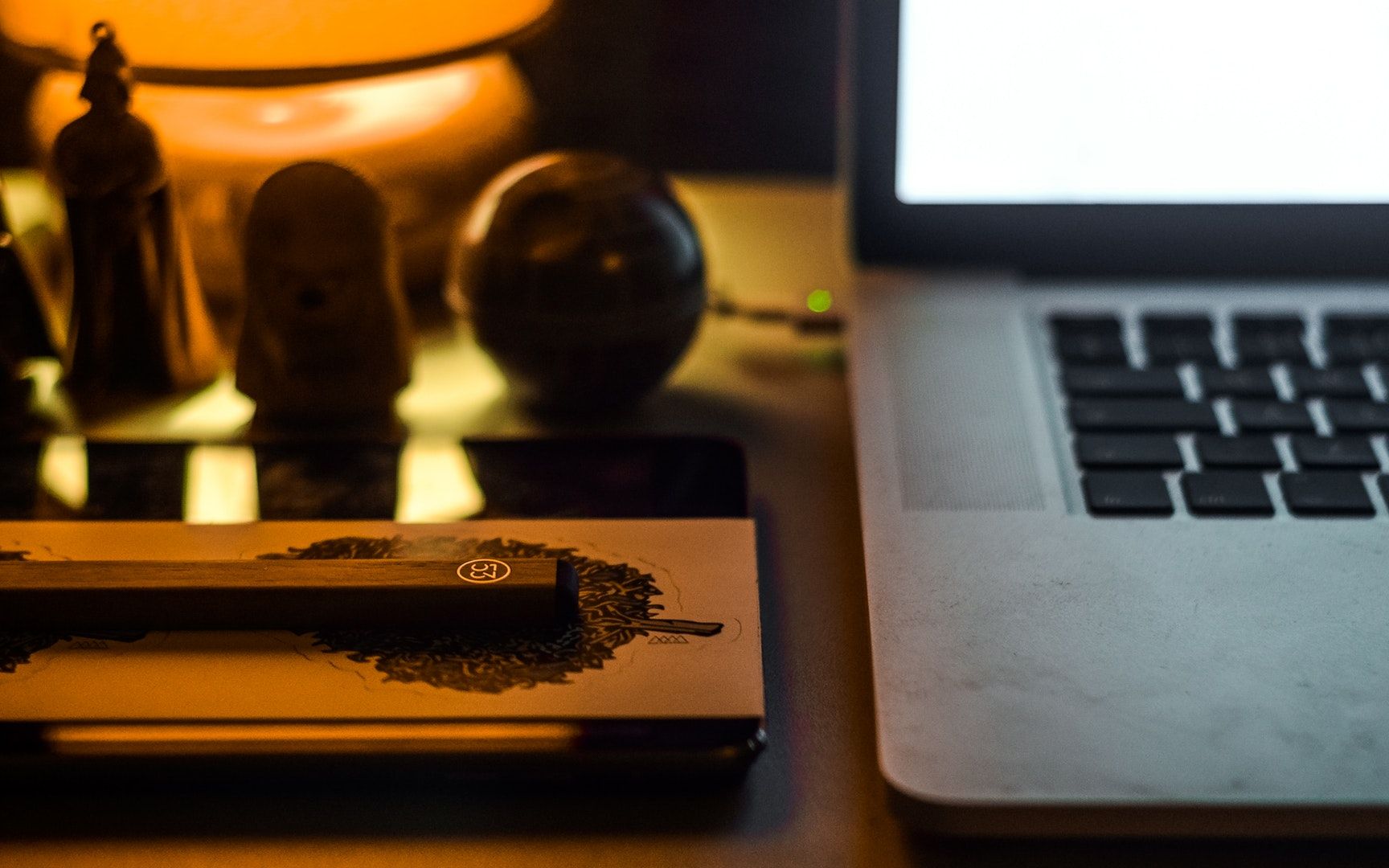 b) Computing Platforms. Computing Platforms, in stark contrast with Technology Platforms, enable interactions between platform users and 3rd party developers. In Technology Platforms the developer “owns” the user. In Computing Platforms, the platform “owns” the user. Computing Platforms, like Apple iOS, Google Android or Microsoft Windows, allow developers extend the platform with new use cases, making the platform more valuable to users.
In modern Computing Platforms the connection between users and developers is through an app store/marketplace, which streamlines discovery, recommendations, activation and monetisation of apps/bots/extensions.
Computing Platforms develop strong bi-directional network effects once the platform reaches critical mass. Users attract developers, developers make apps, apps attract users, users attract developers and so on. Successfully launching a Computing Platform requires a solution to the difficult and all too well-known chicken and egg problem. How to attract users when there are no developers? How to attract developers when there are no users?
To solve this problem, computing platforms first build critical mass of one side of the platform and then open it up to the second type of participants. For example, Apple iOS was launched without any 3rd party apps or developer ecosystem. iPhones only had Apple’s own apps and services (Safari, Mail, iTunes) or those developed through direct partnerships. Once their user base (demand side) reached critical mass,  Apple opened the platform to 3rd party developers (supply side) and the rest is history. The network effect between iPhone users and iOS developers then fueled explosive growth of the platform.
Google, on the other hand, took a different approach when launching their Android platform. Google first focused on attracting an initial population of developers (supply side) by rallying them with open source slogans and running competitions with substantial prizes. Developers started to make apps even before physical devices were available, using an Android emulator. When HTC G1, the first Android device, was launched, it was already seeded with an initial app portfolio.

c) Utility Platforms.  Google Search, Kayak and Zenefits are examples of Utility Platforms. Utility Platforms attract users by providing a useful, typically free service. Once there is critical mass of users using the service, the platform opens to the second type of participants, advertisers in the case of Google Search, airlines in the case of Kayak or insurance companies in the case of Zenefits.
There is no network effect in the useful service itself. Users attract businesses, but businesses on the platform do not necessarily attract users. We go to Google Search looking for information, not to see ads.
Launching Utility Platforms is fairly straightforward — Make sure you have a useful service that generates repeated use and has negligible marginal cost. Once you have an asset created by a critical mass of users (e.g. data, targeted engagement, etc.), open your service to businesses to monetise the platform (for example, through advertising, commissions or anonymized data). 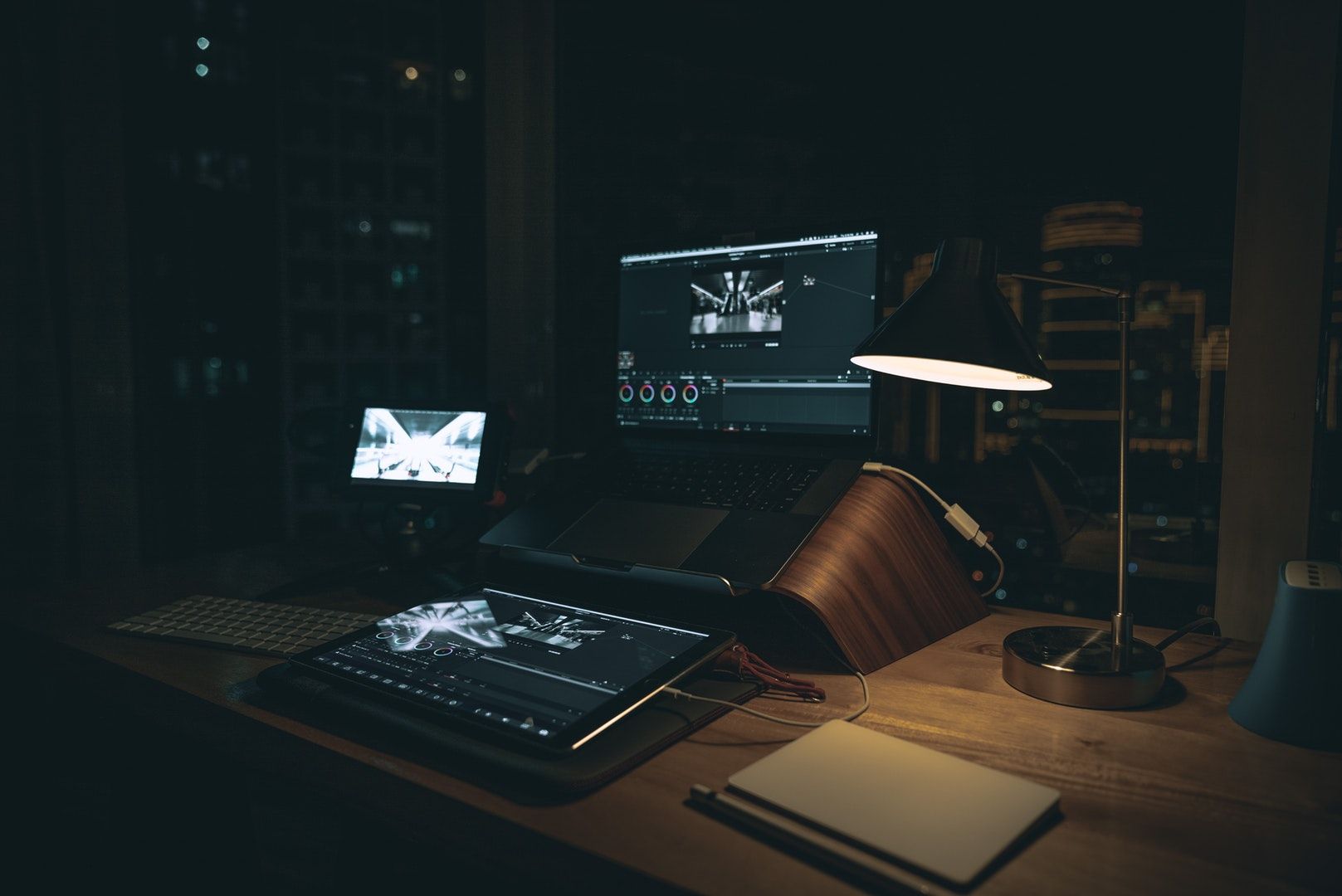 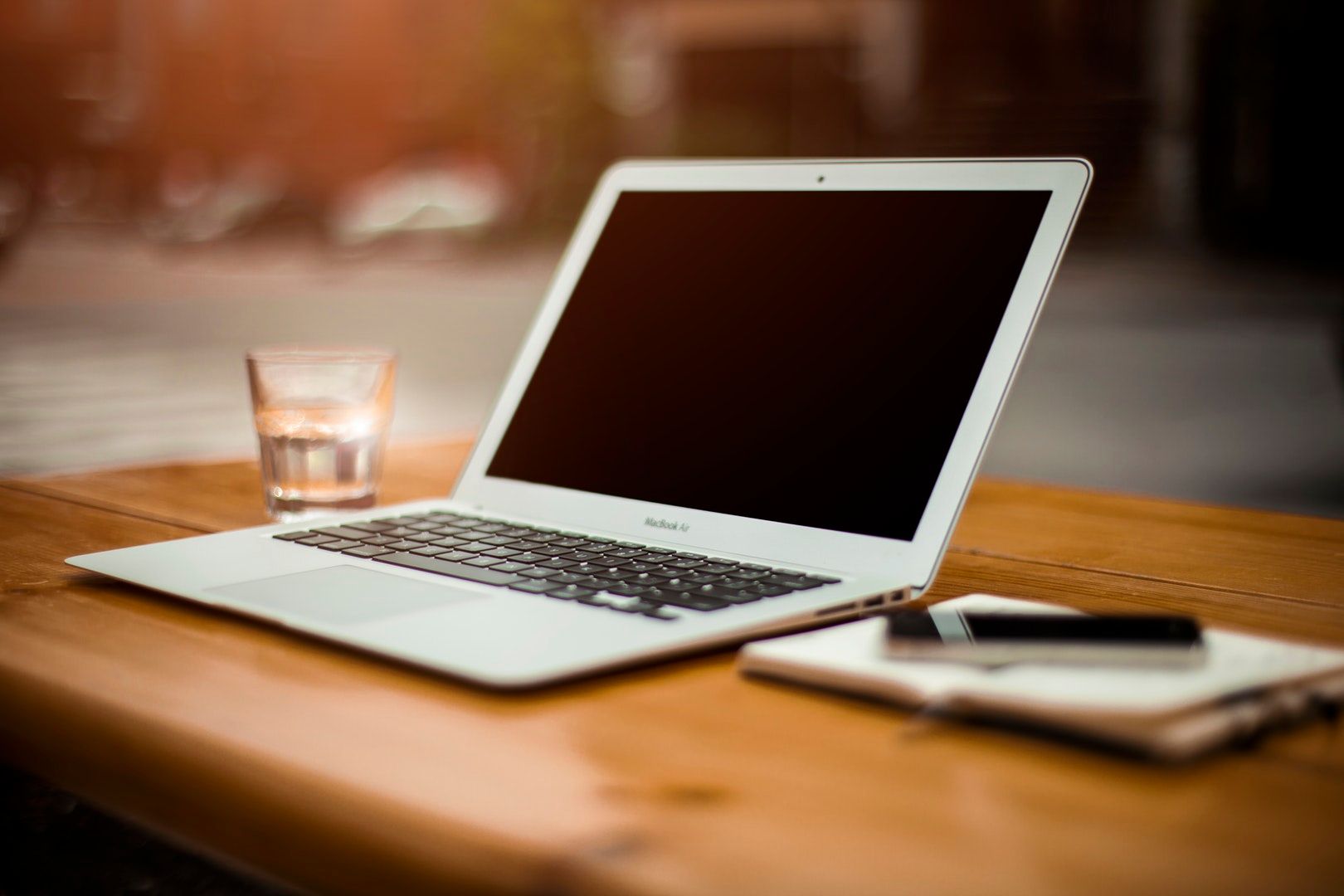 e) Marketplaces Marketplaces like eBay, Amazon Marketplace, AirBnB, Kickstarter or UpWork are two-sided platforms connecting supply with demand. Marketplaces enable transactions between demand-side participants (buyers) and supply-side participants (sellers). Prices of goods and services offered on the platform are set by the supply-side participants. Not less important, there is high sensitivity for variety of services/products — generally, the more variety offered on the platform, the better.
The network effect in Marketplaces is between buyers and sellers. Sellers attract buyers, who attract more sellers, and so on.
Identity plays a secondary role in the platform. Buyers look for a specific product or service, not a specific seller. The product/service can be offered by multiple sellers who compete on price, reputation and experience.
Launching a marketplace and solving the chicken and egg problem is a difficult balancing act. Typically, a nascent platform begins with platform owners bringing small number of sellers catering to a niche audience. The platform then grows from there with most efforts devoted to bring buyers to the platform. Amazon Marketplace used a different launch strategy. Amazon already had substantial number of buyers on its online retail service, when the company allowed 3rd party sellers to sell to Amazon’s buyers. 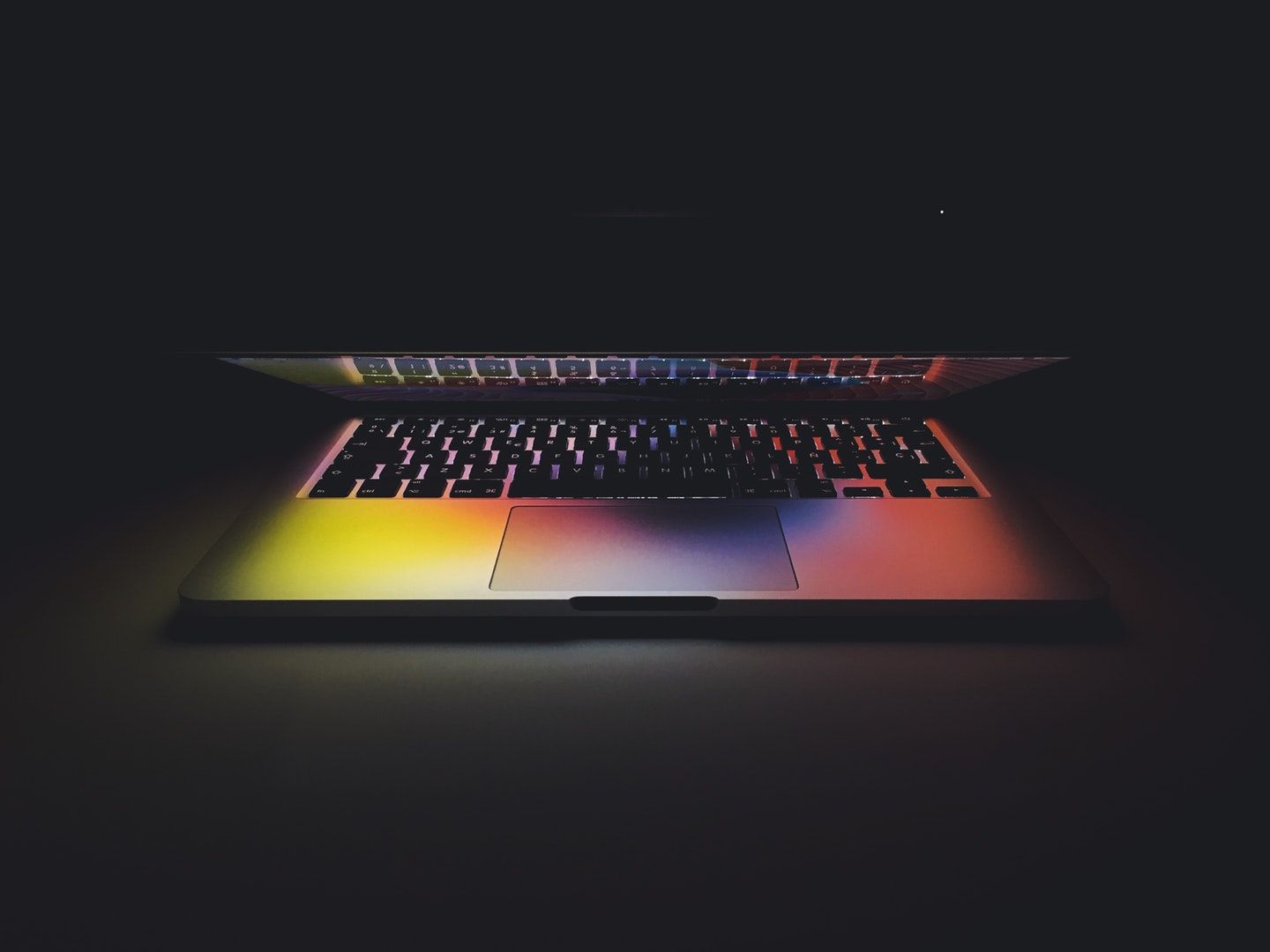 h) Data Harvesting Platforms. Waze, OpenSignal and InsideSales.com are examples of Data Harvesting Platforms. Such platforms offer a useful service to the users and generate data through usage of the platform service. In fact, the agreement to contribute data is a requirement to join the platform. The data collected from all users of the platform is fed back to the service making it more useful for users.
The network effect in these kind of platforms is based on data rather than users. Usage generates data, which in turn makes the platform more valuable for users, which attract more users, whose usage generates more data, and so on.
Launching Data Harvesting Platforms typically requires building an initial user base without having the data network effect. For example, Waze started as Freemap app for Nokia phones at the time when navigation services were expensive. Freemap built its initial user base by offering free navigation using crowdsourced maps. Once there were enough users on the platform, the service value proposition shifted from free maps to traffic prediction based on the data collected from all users of the service. 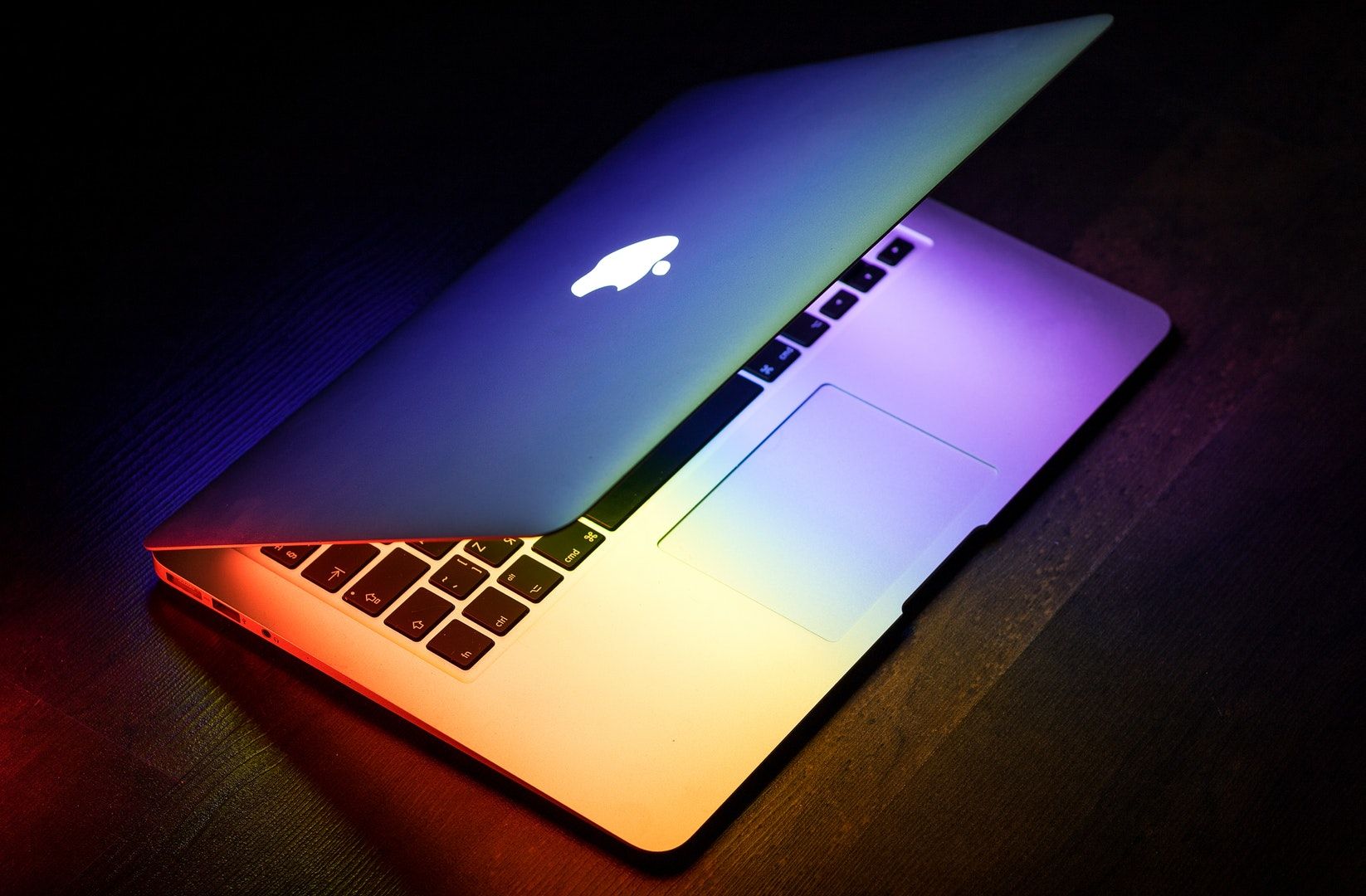 Please send us your ideas, bug reports, suggestions! Any feedback would be appreciated:
igor.lukyanov@appservgrid.com